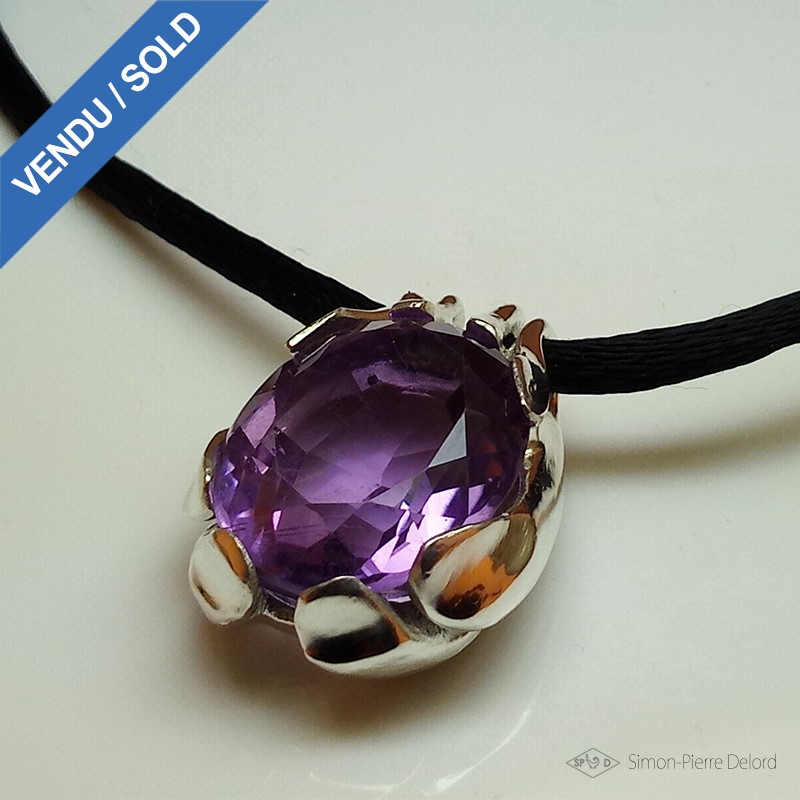 High Jewelry pendant. Jewelry creation entitled "The Enchanted Sleigh". The frame represents a stylized Sleigh, the Amethyst is set in its center. The chiseled frame is made of Argentium. 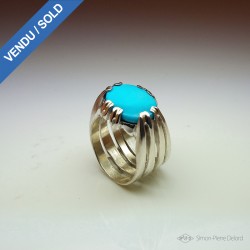 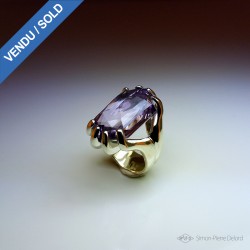 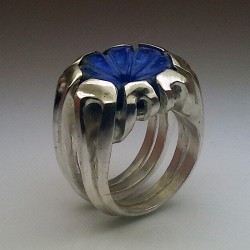