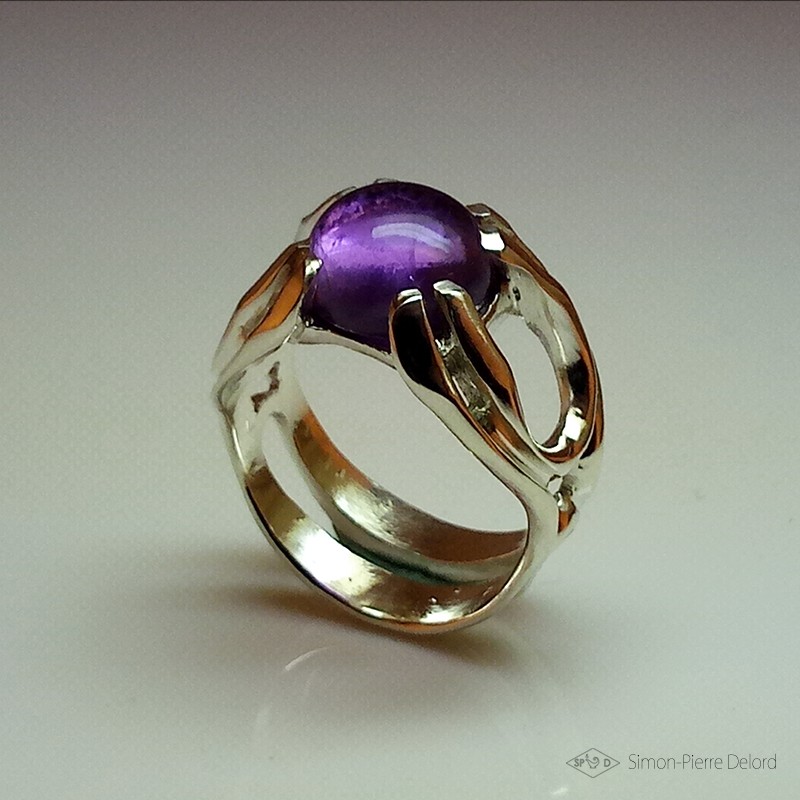 High Jewelry ring. Jewelery creation entitled "Pearl of Temperance". The chiseled frame is made of Argentium. The Amethyst represents the Temperance. This piece is unique.

Half pearl amethyst of 3,5 carats