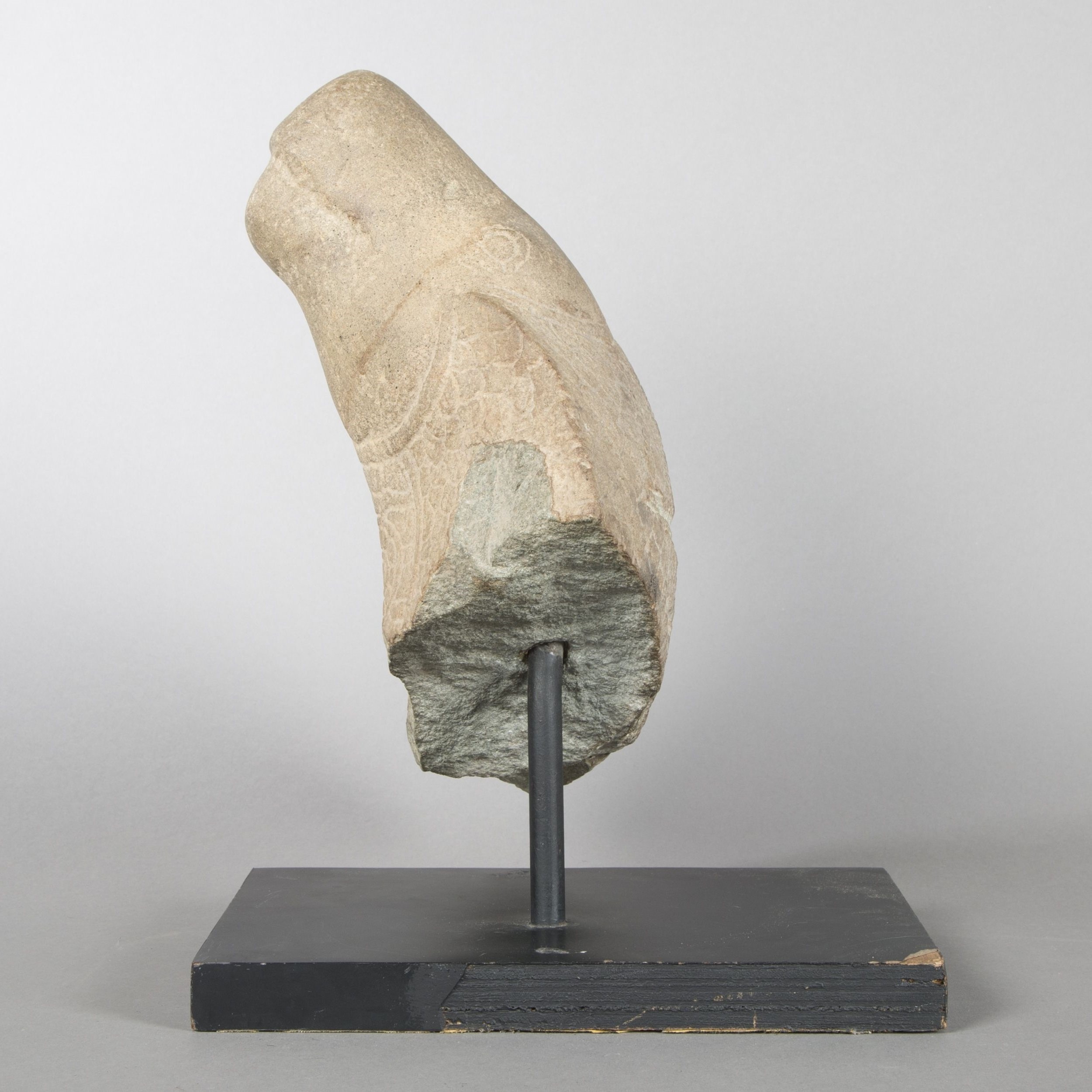 Nāga Muchalinda, fragment of a Buddha protected by the Nāga

The Nāga is a fantastic Serpent with multiple heads with Cobra caps. In the Khmer iconography, Nāgas are represented with seven heads. It comes from Indian mythology.

This snake is the guardian of underground resources but also the patron deity of waters.

In the theogony Khmer the Nāga is both man and woman. He ensures the balance between the feminine element, water, and the masculine element, earth which governs the entire Khmer society. In the Khmer tradition snakes are also linked to the origins of the kingship.

The sixth week after enlightenment, Buddha Sakyamuni was meditating. He is sitting under a tree near a lake. A violent storm breaks out. Heavy rains begin. The waters start to rise dangerously. That's when the Mucilinda cobra, Nāga’s king came out of the lake. To protect it from the rising waters, he wrapped his rings below the body of the Buddha in meditation and to protect it from rain he spread his seven heads above him. The Nāga protected the Buddha during the time of the storm. The Buddha could meditate without being subject to the faced dangers.

Bàyon style is the culmination and the end of the Angkorian art. This period began in 1177 and ended in 1230 AD. The sudden rupture seen with this style at the end of this period begins to find explanations. We know, for example, now that the sandstone quarries are almost exhausted at the end of the reign of Jayavarman VII. This period is characterized by a more diverse iconography and symbolism. The statuary is more realistic. Regarding the architecture, one can note the appearance of carved towers of smiling faces. 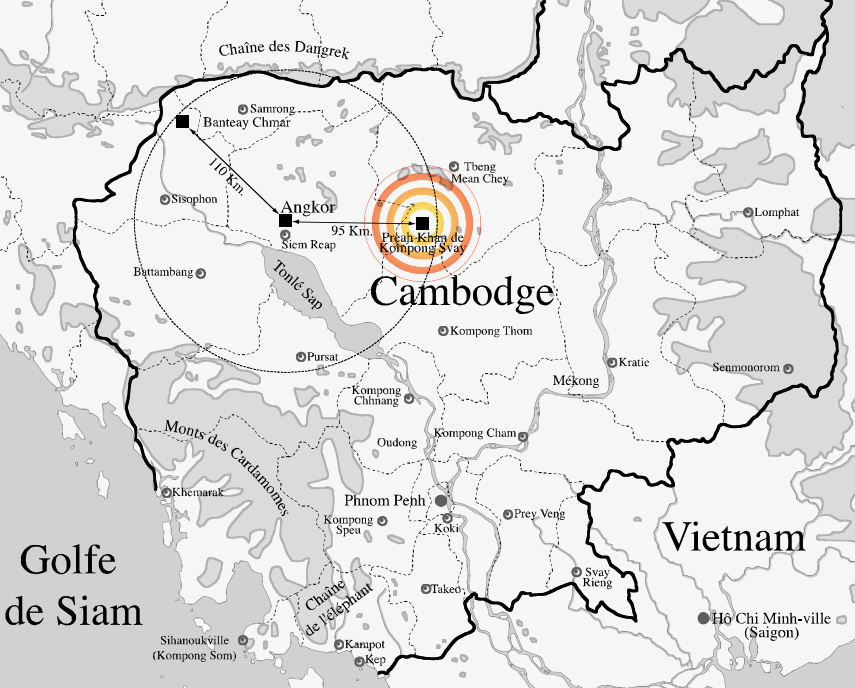 The Preah Khan of Kompong Svay temple, now overgrown by thick jungle, is located east of the Angkor Archaeological Park, in the Preah Vihear province. It was built between the late eleventh and twelfth century. This little known grandiose monument and is about to be classified Unesco World Heritage. Do not confuse this site with the Preah Khan of Angkor. It is also locally known as Prasat Bakan. This exceptional resort owes its rise to iron trade ore.

Prak Sonnara, director of heritage at Cambodian Ministry of Culture considers "one of the most enigmatic provincial assemblies of the Khmer Empire"

Fragment of a major piece of Khmer Art

We are considering that it could be a fragment of the famous Buddha protected by the Naga Muchalinda (Mucalinda or Mucilinda) of the National Museum of Asian Arts - Guimet. The similarities are disturbing. 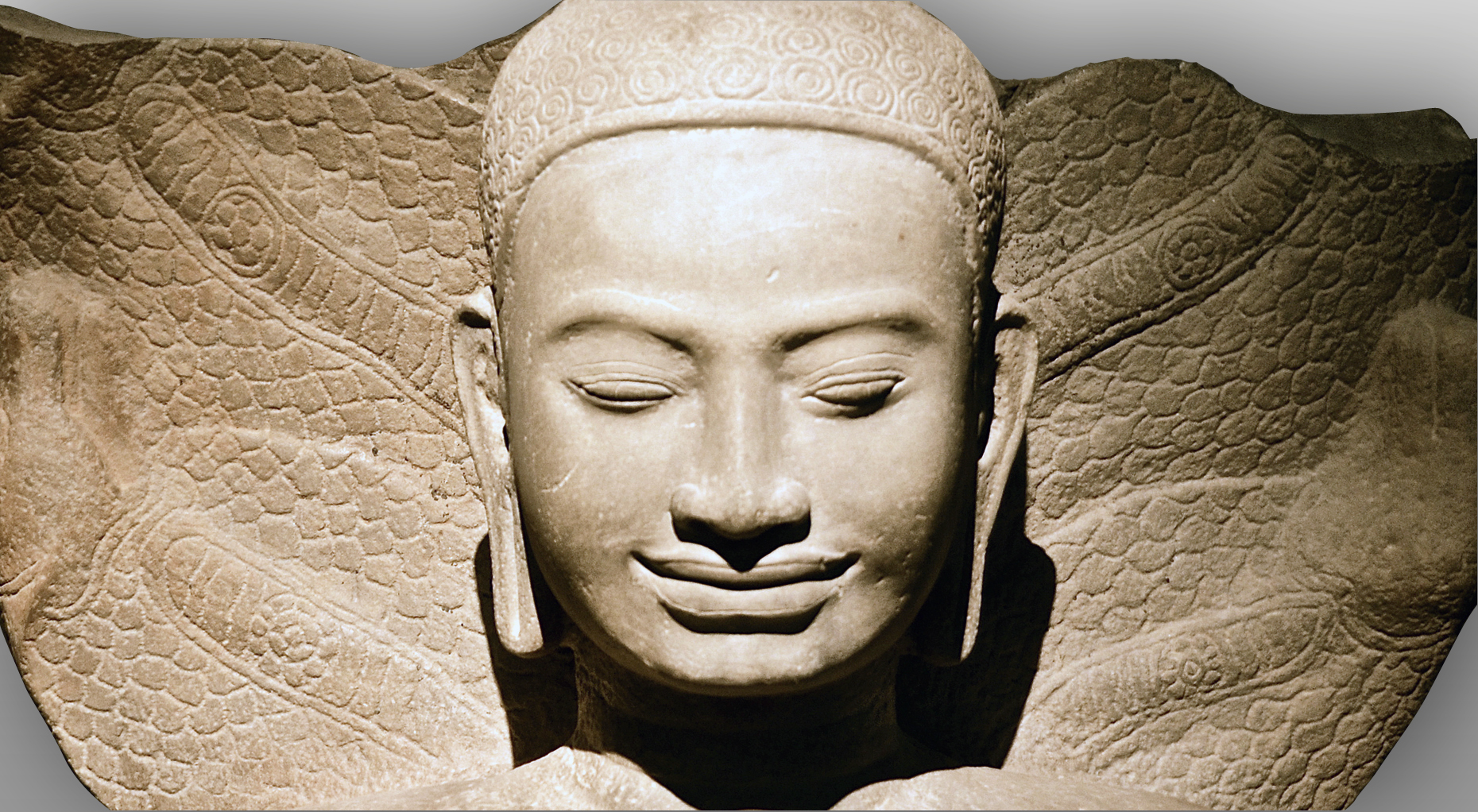 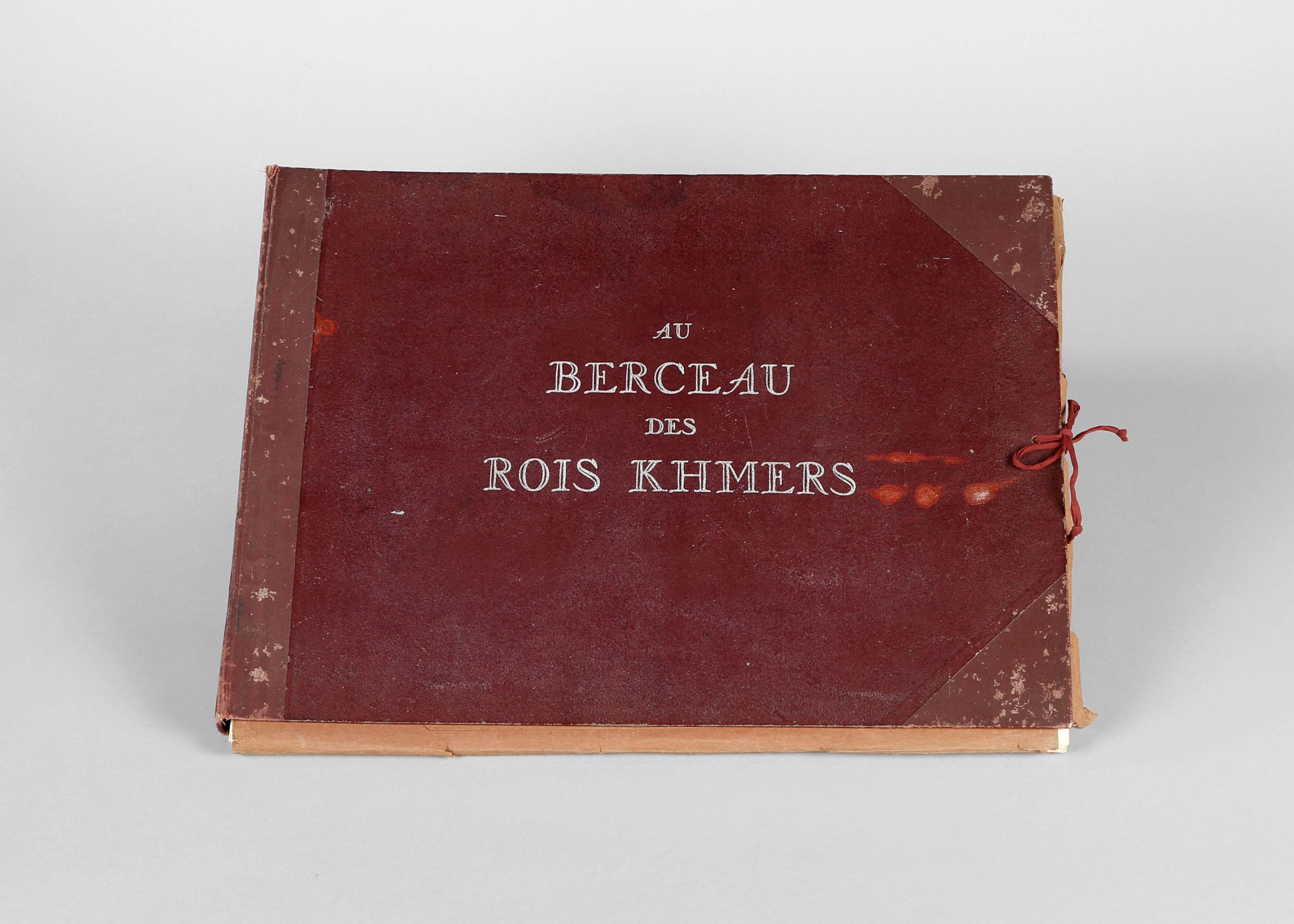 We acquire this piece with the beautiful book "AU BERCEAU DES ROIS KHMERS" copy addressed to Mr. Martin Battesti, attorney at the Grand Garage Khmer Phnom Penh, Cambodia. 1925 - 1928 French Indochina. Saigon, April 20, 1929. The text of John Bouchot, curator of the Museum of Cochin, correspondent of the French School of the Far East. The original drawings in red are Miss Naudin. Photographs by Paul Gastaldy. Paul Gastaldy edition of Art - Drawing made in 1929 by Jacques Testelin, a printer in Saigon. Album of 40 boards with 36 original photographs pasted against, preceded by five boards introductory and follow-proof colophon, all under shirt cardboard flaps (torn) and laces, landscape format. The photographs were taken on Gaslight Grieshaber. Limited edition and numbered to 550 copies on paper Pure cloth vats Thiebault Le Magnifique. This one, (No. 163) was signed by the publisher. Very good boards. Superb set of photographs of the Angkor temples.